Welcome to the home of the US Optimist National Team! 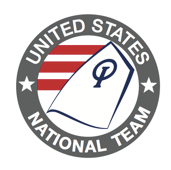 The mission of the United States Optimist National Team is to identify and develop the top Optimist sailors in the United States to prepare them for success in international competition; create awareness of opportunities and avenues in sailing after the Opti years; develop a Corinthian spirit and teamwork within the Opti community; produce good role models for the less-experienced sailors within the USODA; and stress the importance of safety, fun, and good sportsmanship in sailboat racing.

The USNT season kicks off each year with team selection at Team Trials in late April or early May and runs through Team Trials of the next year. Overall team size is limited to 36 sailors, not including seniors, to provide opportunities for the top-level sailors to attend high-level, national practices. Because sailors can progress dramatically in a six-month period, the USNT entry process includes the addition of sailors following the Spring Team Qualifier event. The USNT Committee also works closely with the International Committee to ensure that two practices per year complement the IODA traveling teams and prepare them for their events.

Each season there is a full practice schedule, typically with 4 – 5 practices planned in different regions of the country. The season begins with a USNT Kick-Off Practice at the beginning of the summer to give the new team an opportunity for an intensive clinic prior to summer regattas, as well as an opportunity for sailors on the summer IODA teams to train with their coaches and get to know their teammates prior to their trips. The USNT Performance Director designs a comprehensive curriculum for the practices to push the top sailors to the next level of their competitive sailing capabilities.

The USNT is comprised of up to 36 sailors (not including seniors) based on the 2019 Optimist Team Trials results, and approximately 42 sailors following the 2019 Optimist Spring Team Qualifier depending upon final results for the event.  An additional five (5) sailors may be added to the Team at any point throughout the season at the discretion of the USNT Committee and the USNT Performance Director.

Practice locations take into consideration the conditions of the venues at different points of the year, the location of the majority of USNT sailors currently on the team, the ease of the venues in hosting a practice (including club logistics, transportation, and housing), and the similarity between the venue and an international team venue (when the practice is being used in part to prepare an international IODA team for its event).

The practice schedule for each season is planned as far in advance as possible, though all details are not known at the start of the season. The preliminary schedule for the 2019 – 2020 season is:

Among the core elements of a successful USNT program is world-class coaching. The USNT Committee works hard to involve as many of the great coaches active in the U.S. circuit as possible and to integrate international team coaches with the national team program. The team will maintain favorable coach to sailor ratios to ensure that every sailor gets individual attention and meaningful, ongoing feedback.